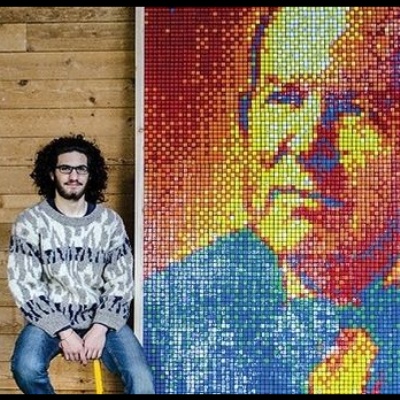 1. How would you describe your UWC experience?

Throughout the past two years I’ve had the honor of getting to know around 300 students from 100 countries. Each student, at UWC, essentially brings with him/her a culture or a different way of life, which incorporates a variety of different traditions and ideas. One can imagine late night conversations about life in Burma, Germany, or Japan. These I believe were the highlights at my time at Pearson College. I would say that it has opened my eyes to the vastness of the world and its complexity.

2. Tell us about your favorite UWC activity?

Throughout my time at UWC I participated in the water front ocean kayakers activity. Every Wednesday we would paddle out into the Pacific Ocean. Coming from the Middle East, the waters are very extreme in that they are freezing. After a half hour paddle, on a clear day, the Olympic Mountains appear on the horizon.

The United States is literally visible right before our very eyes.  Fighting the cold and practicing technique continually calmed the academic storm within my mind. The IB has its rigors and so Kayaking was my form of meditation.

3. What are you doing now, after recently graduating from UWC?

After graduating I took a three-month hiatus from North America and visited my family in Lebanon. Throughout this past summer I had the pleasure of seeing fellow Syrian and Arab UWC students in not only Lebanon, but also Jordan and United Arab Emirates. Currently I am admitted into the College in Idaho in the U.S. and I hope to pursue a degree in Political Economics.